Good Morning Everyone and happy Friday
It is good to be back with you all. So this week I have the pleasure of introducing you to the incredible Rebel Miller.
Go grab your coffee, tea or beverage of choice and sit with me while we take a peek inside Rebel’s mind.
Good Morning Rebel, thank you for taking time away from your busy schedule to hang out with me.
Thank you for asking! I’m a romance author with the first two novels of my romance trilogy under my belt. I was born in the Caribbean, but have lived in Canada for most of my life. I reside in the outskirts of Toronto with my two boys and hubby, and am enjoying the exceptionally warm days of summer up here, in the North!

Can you tell us about your upcoming book?
I’m working on the third and final book in the aforementioned romance trilogy. The three novels, Awakening, Promising and this last instalment tell the story of a young woman falling into a love triangle during a time of tremendous unrest in her futuristic society, which is called the Realm. This third novel is where Kira, the lead character, faces her past and has to make decisions on the path she will take – not only in terms of her love interest, but her career, family and peers.
What inspired you to write your first book?
For some, inspiration is a sudden occurrence. For me, however, inspiration for Awakening was a gradual thing. I had always had the idea of writing a coming-of-age romance that pushed the boundaries in terms of identity, social class, sexuality and what it means to be in love, but it was only when I was in the middle of binge-reading contemporary New Adult romances did the idea of taking my story into a new time and place occur to me. I wanted to write a love story that was set hundreds of years in the future and against an intensely dramatic backdrop, yet would still resonate with readers of the genre – whether lovers of contemporary or futuristic settings.
Is anything in your book based on real life experiences or purely all imagination?
Pretty much everything in my novels so far are based purely from my imagination! Now that I think about it, the only thing I can say was drawn from real life experience or rather observation is how I set up the social classes or castes and political structure of the Realm. For example, the Elite caste bear traits from monarchy and the Subordinate caste from the middle classes.
What was your favorite chapter (or part) to write and why?
Ooh, good question. Hmm. My favorite chapters in both Awakening and Promising would have to be any that include Kira and the Realm sovereign. I really enjoy the dynamic between these two women; one who has reached the height of her social position and the other who is just starting out. Despite the simmering antagonism between the two women, I believe they are very much alike, which I don’t know that Kira would ever admit because of how the sovereign has negatively impacted her life. 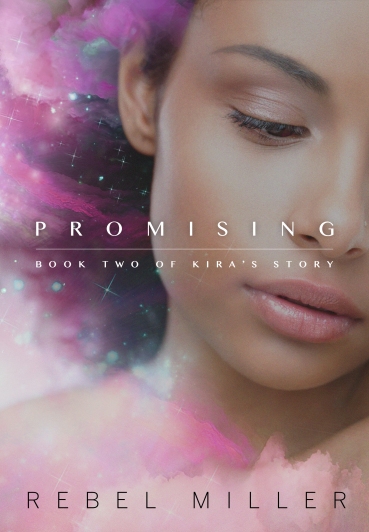 Good Morning Everyone and happy Friday 13TH.
I know that it has been a few weeks since we have shared a coffee together but life and the holidays have a way of changing your plans. It is 2017, a brand new year and I am back, ready to see what this year has in store for us all.
This week on Inside A Beautiful Mind we have the lovely Grace Hudson who will be chatting about her book.
KADE: Good morning Grace, Thank you for being here today. I am so excited to share with everyone a little peek inside your mind. Let’s jump right in to it and tell the readers a little bit about you and your book?

GRACE: Hi, I’m Grace Hudson from Melbourne, Australia. I write under a pen name and I’m a night owl (insomniac). I love coffee, horror and anything ghost-related. I live near the beach, I love hot weather, pugs, cats and native Australian animals.
KADE: Can you tell us about your upcoming book?
GRACE: I have two books in the works at the moment with a dystopian theme. I’m also writing some short horror stories.
KADE: What inspired you to write your first book?
GRACE: I can’t pinpoint the exact moment I decided to write FERTS but it all came out in a massive deluge. I was a bit surprised at all the technical details coming out of my head. Sometimes I think my brain’s smarter than I am, which makes no sense. I guess I wanted to take an attitude that already exists in the world and expand on it.
KADE: Is anything in your book based on real life experiences or purely all imagination?
GRACE: FERTS is purely imagination. I guess some of the ideas probably came from my experiences. There’s a lot of emphasis on looks, without bothering to see past that. That was definitely a theme with FERTS.
KADE: What was your favorite chapter (or part) to write and why?
GRACE: The whole thing was a bit of a rollercoaster. I think I enjoyed writing the fighting/action scenes more than anything. I loved the adrenaline rush, it was exciting to watch it all play out.
KADE: How did you come up with the title?
GRACE: The initials came first, then came “Fertility Emigration Resource and Training Supply”. I toyed with the idea of putting dots in between the letters then left them out, like NASA.
KADE: What has been the toughest criticism given to you as an author? What has been the best compliment?
GRACE: The toughest criticism. Hmm. I think someone said I should have ordered the book differently. I get what they were saying but I was going for a circular Tarantino-esque thing. The best compliment? When people said how much they empathized with 201.
KADE: Do you have any unique or quirky writing habits?
GRACE: Yes. Lots. I write at strange hours (3am is a good time) and I don’t have a formal writing space. Laptop, couch, TV on with heaps of distractions. I like to multi-task.
KADE: What’s the strangest thing you have ever had to research online for your book?
GRACE: I did a lot of research on wild foods, chip implants and theta meditation frequencies. I also researched ways to kill and how blood flows from certain parts of the body. My Google history is quite gruesome, actually.
KADE: Give us an interesting fun fact about your book.
GRACE: Okay, a lot of the science fiction is actually science fact. Brainwaves can be manipulated by sound frequencies. The Implant stuff is old technology and body scanners are nothing new. People might be surprised to find out that FERTS is not set in the future. It’s on an alternate timeline to ours, where technology was pursued differently. No nuclear, but solar technology and medical science were a little more developed. Fun fact: FERTS is set in the mid twentieth century.
KADE: Do you work with an outline, or just write?
GRACE: I just write. No outline. I’m a pantser. I write down details as I go to keep track of everything so I don’t have to keep it all in my head. Can you tell us about your experiences in getting your first book published? I went the DIY route so I could have complete control over the creative process. Call me a megalomaniac if you will. It’s probably true.
KADE: When did you first start writing and when did you finish your first book?
GRACE: I started writing very early on. I think I wrote my first complete story at 12. I finished my first book in late 2014.
KADE: How did you choose the genre you write in?
GRACE: I didn’t choose the genre, it chose me. I would say my preferred genre is horror, and that sneaks into everything I do. But dystopian? That was a surprise to me. An even bigger surprise was Open Doors, an urban fantasy/romance. However, there is a bit of horror in there as well. It’s not just a cute story about fairies, it’s much grittier than that.
KADE: Where do you get your ideas?
GRACE: I get my ideas from music, news articles, dreams, conversations with people, general observations and people-watching. Everywhere, really.
KADE: Is there any particular author or book that influenced you in any way either growing up or as an adult?
GRACE: Yes. Stephen King, Sylvia Plath, Shakespeare, some classics, probably Grimm’s fairy tales as well. Tolkien would have been a big influence as well.
KADE: Do you have any advice to give to aspiring writers?
GRACE: Write lots, read lots and keep getting better. You can always get better.
KADE: What is your favorite quote or saying?
GRACE: “I’d rather be hated for who I am than loved for who I am not.” Kurt Cobain
KADE: Tea or coffee?
GRACE: Coffee! I love coffee. You can never have too much coffee. Well, you can, but who’s counting?
KADE: Sweet or salty?
GRACE: Pickly. I love pickles, feta, olives etc. so I guess that’s more salty than anything.
KADE: Would you like to share with us a passage that will give us a glimpse into the world you built?
GRACE: The siren hummed through the surrounding forests, a rumbling whine that grew

in volume as the minutes passed. Many could say they knew how to resist the pull of the ward beacon, but they were in the minority. An Internee had once attempted to remove her own eardrums in a vicious effort to get free of the perimeter zone. She was recaptured within hours, patched up and left to recover in Zeta circuit. Zeta housed the defective, the damaged, it was the station for the used. Once admitted to Zeta, there was no means of promotion, no advancement opportunities. Zeta was the end of the heap, the end of hope.
KADE: Would you mind sharing with us the best way to stay in touch with you and where to learn more about your books?
GRACE:
Blog: http://www.gracehudson.net
Facebook page: http://www.facebook.com/gracehudsonauthor
Goodreads author page: http://www.goodreads.com/gracehudson
Twitter: http://www.twitter.com/GraceHudsonAU
Other: http://www.Amazon.com/Grace-Hudson/e/B010TJ6XVG/
KADE: All fun thing must come to an end but I would like to say a heart felt thank you to Grace Hudson for letting us spend some time with her today and see inside her creative process. And a big thank you to all you readers out there for taking a moment to support your Authors.
If you or any of you know of someone who would like a few minutes of limelight on Inside A Beautiful Mind with me, please email me at kadecook.author@gmail.com and place Author Interview in the topic space.
Enjoy your Friday folks, you are awesome and please remember to be kind to your Authors, leave a review. See you next week, Peace!

TRAINING YOUR DRAGON with SCOTT BAKER

Author of "The Writer's Guide to Training Your Dragon"

Around the world in 80 cuisines

My quest to cook four meals from every region in the world!

Blurring the lines between poetry and prose

This blog is about what I find fun, interesting and everything under the sun!

Life of a Simple Reader

Indulging yourself in reading is a simple way to live your life.

Art by Jay Snelling + some other things

Life under the thinking tree

The place to learn about doing webinars

Welcome To Our Campfire🔥

Sharing our outdoor experiences and books along the way...

We Write To Change...

Understanding ourselves and the world we live in.

Inspirational Quotes To Motivate Your Life

The Art of Blogging